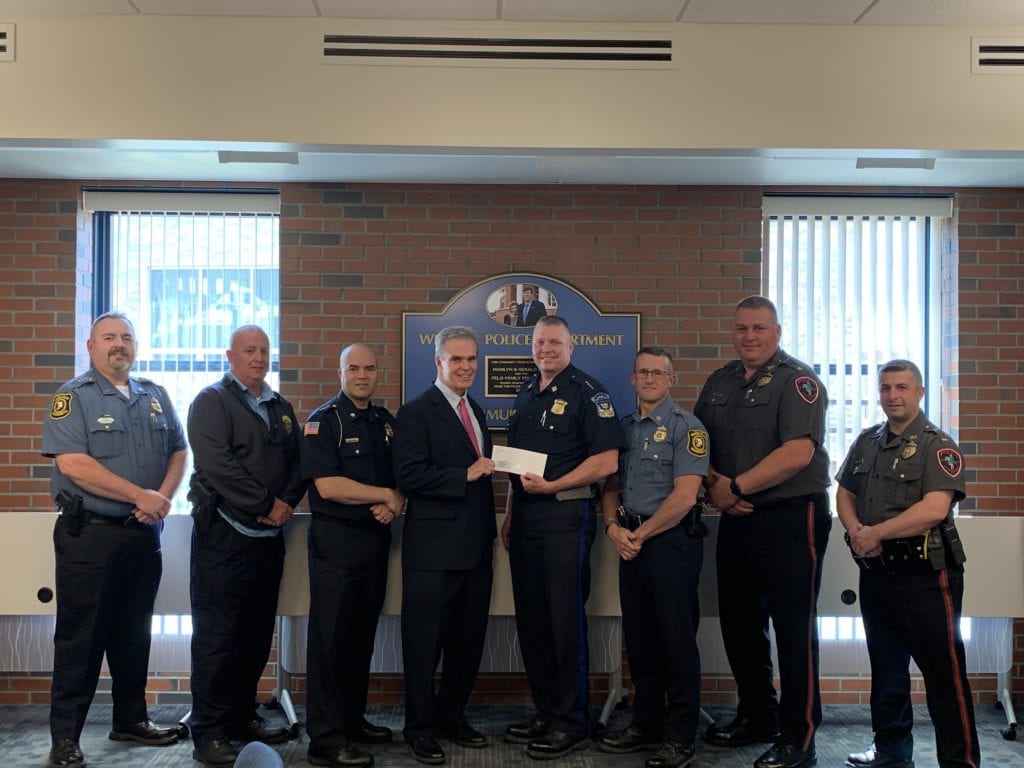 On May 17th, Worcester County District Attorney Joseph D. Early Jr. visited with police chiefs and command staff officers of the South Worcester County Drug and Counter Crime Task Force.  This took place at the Webster Police Department.  D.A. Early presented the group with a check for $10,000 to assist the organization with their drug and counter crime enforcement efforts in the Southern Worcester County area.

Departments that will benefit from this donation include Charlton, Dudley, Oxford, Southbridge, Sturbridge, and Webster.  President of the task force and Chief of the Dudley Police Department Steve Wojnar says, “These agencies share the common goal to remove illegal drugs and their associated activities from the communities and provide a safer environment for all the residents.”