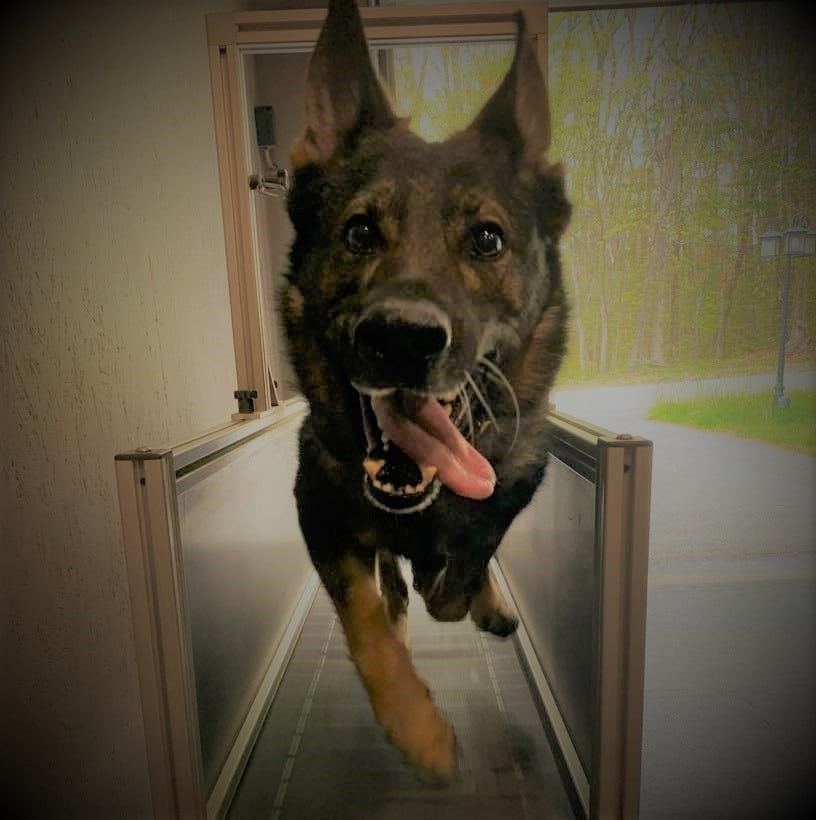 Last week, Dudley Police were en route to a possible breaking and entering of a vacant house in town.  Once they arrived, two suspects fled the scene on foot on Pleasant Street towards Webster.

After police were able to apprehend one suspect, the second eluded officers for a short time.  Dudley officers were unable to locate that suspect until Webster’s K-9 Officer Bandit was called to the scene.

From the Webster Police K-9 Unit: “As the great boxer, Joe Louis once said, “You can run but you can’t hide!” K-9 Bandit helped prove this last week in locating and apprehending a wanted suspect.”

After Bandit arrived, Webster’s four-legged officer searched the area and was able to track the scent of the suspect along the French River.  A short time later, he located a leg sticking out of some deep brush where the alleged criminal was hiding.  The Webster Police K9 Unit posted, “Knowing that he had nowhere to run, our bad guy gave up without a fight.”

Webster Police say that the second suspect had multiple outstanding arrest warrants including felony aggravated assault.  The names of two individuals arrested in connection with this situation were not made public.  This page will be updated if more information is made available.