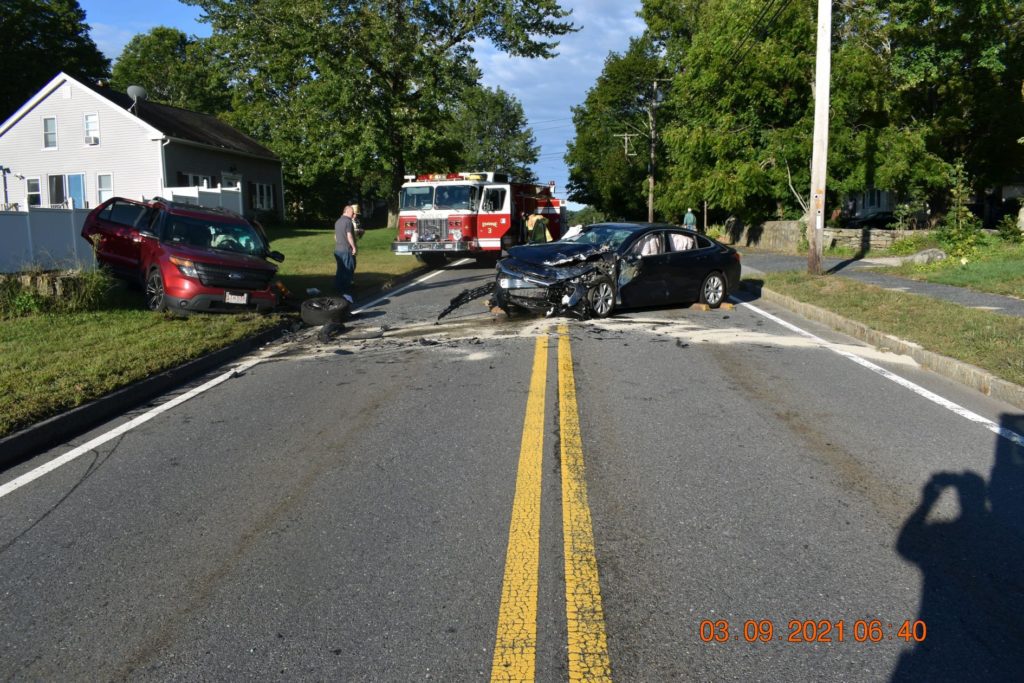 Officers found a blue Chevrolet Malibu in the roadway and a red Ford Explorer off the road. Both vehicles had heavy front-end damage and airbags had deployed.  Police say the Explorer was travelling eastbound, operated by a 54-year-old female from Dudley.  The Malibu was travelling westbound, operated by a 20-year-old male from Worcester. The female was treated and released at the scene. The male had apparently suffered some serious injuries and he was transported to UMass Medical Center in Worcester.  His condition is currently unknown.

The Central Massachusetts Accident Reconstruction Unit is currently investigating.  No charges have been filed at this point and the case remains open.  West Main Street was detoured for approximately two hours, between Brandon Road and William’s Street.  It re-opened shortly after 9 am