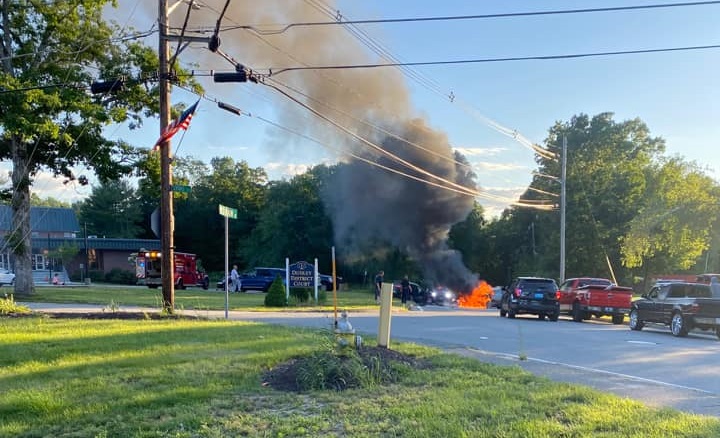 THE LAKE 940 has learned of a head-on collision with multiple injuries involved on West Main Street in Dudley in the area of the courthouse.

Several 911 calls were made around 7:20 PM on Wednesday, June 16th.  West Main Street was closed for a time while crews worked to clear the scene.

The Dudley Fire Department says that the occupants of both vehicles were able to exit the vehicles on their own before the arrival of first responders. A total of 4 people were injured and transported to local hospitals.

As of 11 PM on Wednesday, West Main Street has been re-opened.

More photos from the crash and fire are below.