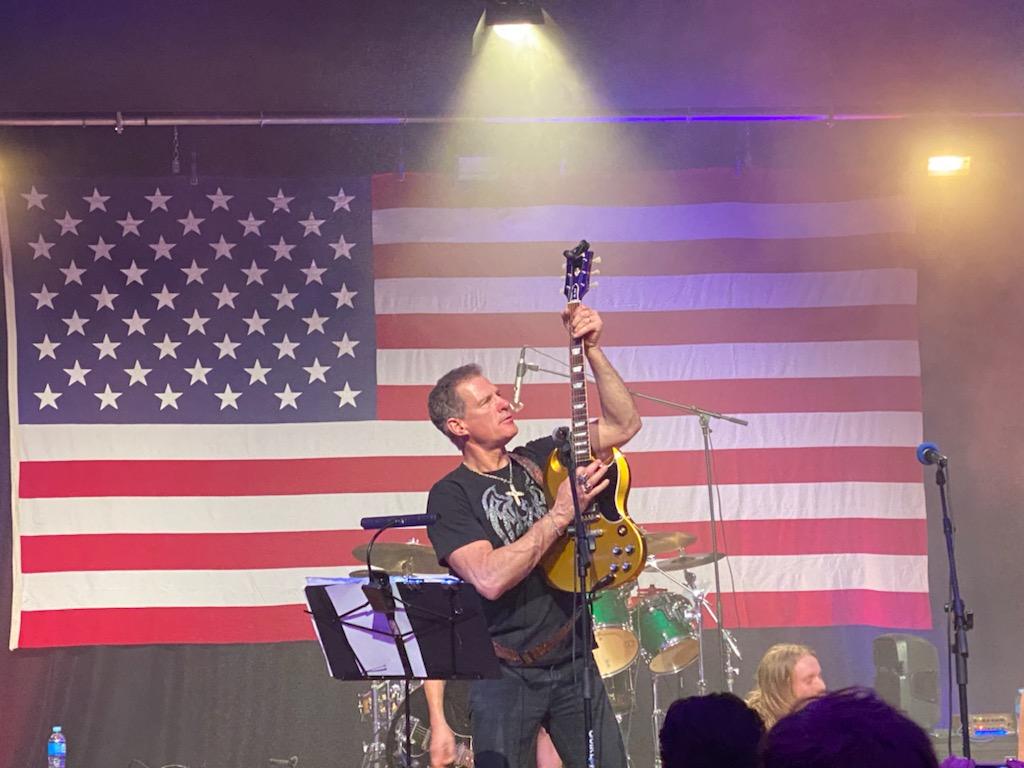 Scott Brown and the Diplomats

THE LAKE 940 AUDIO: Doc Siddall chats with former Senator Scott Brown, who will be taking the stage at Indian Ranch this Saturday, July 17th.  Hear, here:

The 75th anniversary season at Indian Ranch is underway, and coming to Webster this weekend is Scott Brown and the Diplomats, opening up for  Dark Desert Eagles (an Eagles tribute band) at 1 PM on Saturday, July 17th.

Longtime Massachusetts residents will remember Scott Brown as our former Senator from 2010 to 2013, and more recently serving as United States Ambassador to New Zealand and Samoa.  These days when he isn’t playing in his rock band he is also serving as Dean of a private law school in Boston.

Brown has had an interesting public service career, but, he tells us his real excitement is playing on stage with the likes of Cheap Trick, Warrant, Firehouse, Alice Cooper, and more.  Other members of the band include Sean Compton, Rich Eisner, Jesse Bastos, and Gay Perkoski.

When asked what he is looking forward to most about performing at Indian Ranch, Brown told THE LAKE 940’s Doc Siddall, “We have to support these venues.  A lot of them are not around, and that’s why it’s so exciting to be a part of this and hopefully bring people out and get them back into being Americans.”

Will this be his first time on stage at Indian Ranch?  Actually, no.  His daughter Ayla has played there several times, “She let me get up on stage once or twice.”  He continued, “It’s just something on the bucket list I’ve always wanted to do.  It’s such a historic venue.”

Tickets to this show are on sale now.  Listen to THE LAKE 940 this week for your chance to win your way in!

Learn more about Scott Brown and the Diplomats here.