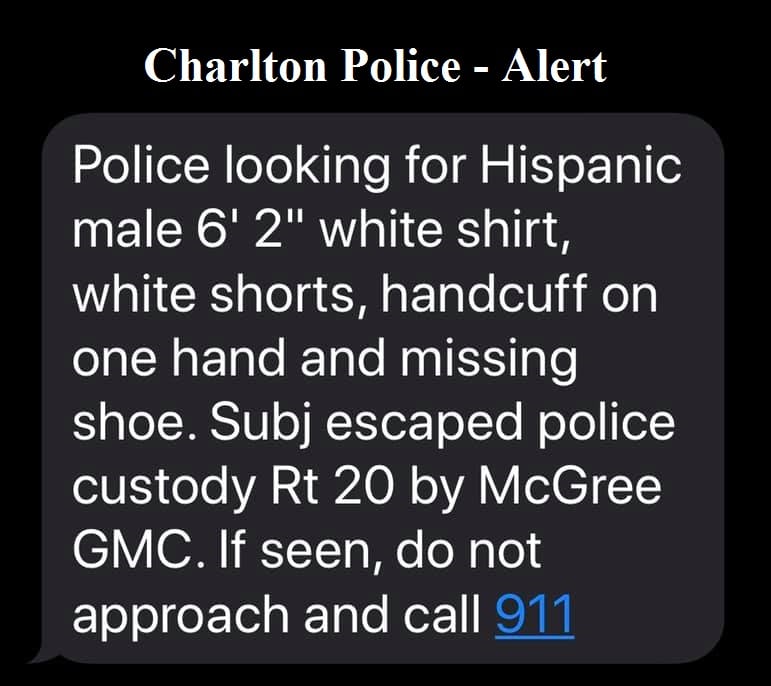 UPDATE – Charlton Police say the suspect has been found.

Massachusetts State police apprehended 29-year-old Luis Morales in Lowell.  Officials initially said he was wanted for attempted murder but later corrected the alert to say he was wanted on multiple warrants for armed robbery and firearms charges.

Police in Charlton are looking for a suspect who escaped police custody wearing one handcuff earlier this morning.

State Police Troopers attempted to arrest the suspect, wanted on several warrants, including assault and attempted murder.  The man is described as Hispanic, 6 feet, 2 inches tall, wearing a white shirt and white shorts and missing a shoe, is believed to have fled on foot into the woods near the Charlton Plaza on the MassPike.

The SUV that the suspect had run from was found an hour later at a Walmart off Route 146 in Worcester.

An investigation into his whereabouts is continuing.  Charlton Police say they will update as more information is available.  .

Anyone who sees the suspect is told not to approach him and instead call 911.