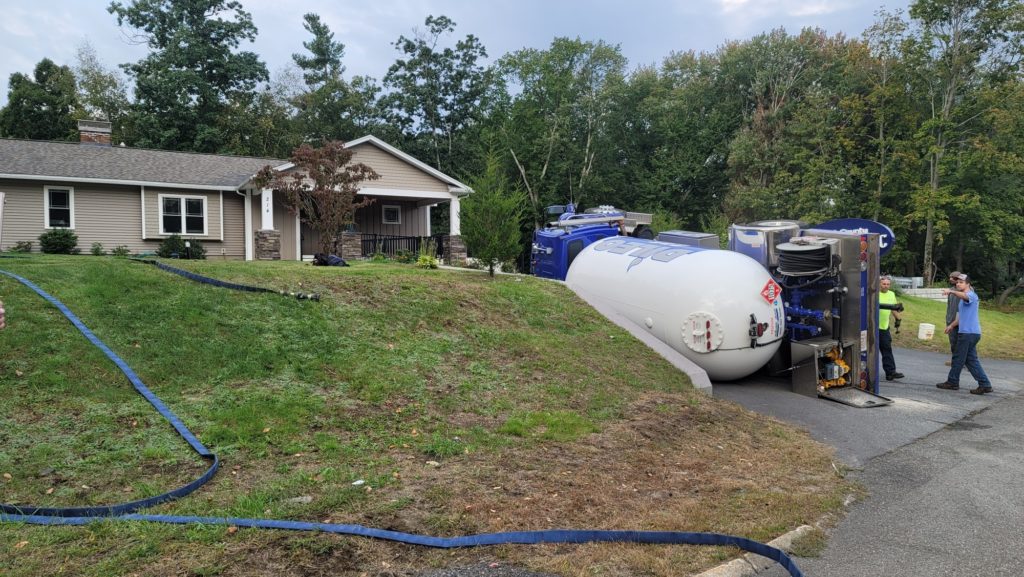 Crews from the Sutton Police and Fire Department reported to the scene of a tanker truck rollover on Route 146 South between Boston Road and Central Turnpike.

The incident happened on Tuesday morning, closing a portion of the highway for a short time around 10:15AM.  The truck is in the process of being removed from the area.  Traffic is expected to return to normal later this afternoon.

There has been no further information released as to what caused the crash, if there were any injuries or any leakage from the tank.