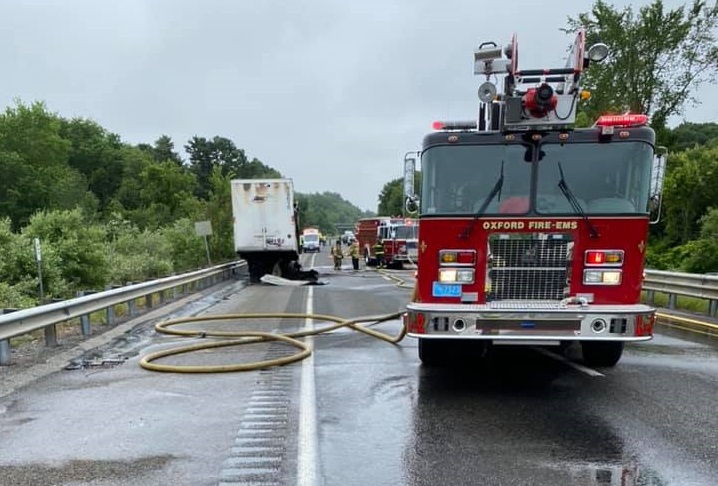 If you were commuting on Route 395 on Friday morning you were probably in standstill traffic.  Crews from Webster and Oxford Fire-EMS responded to a fully engulfed tractor-trailer fire at around 10:20 AM.

Prior to first responders arriving, the driver was able to disconnect the tractor from the trailer and move it away from the fire.  Due to the location of the fire, both lanes of 395 had to be closed while crews battled the flames.  Traffic was backed up for several miles.

The road re-opened to traffic once the remains of the truck were cleared away and traffic slowly returned to normal speeds.

Photos from the scene are below.