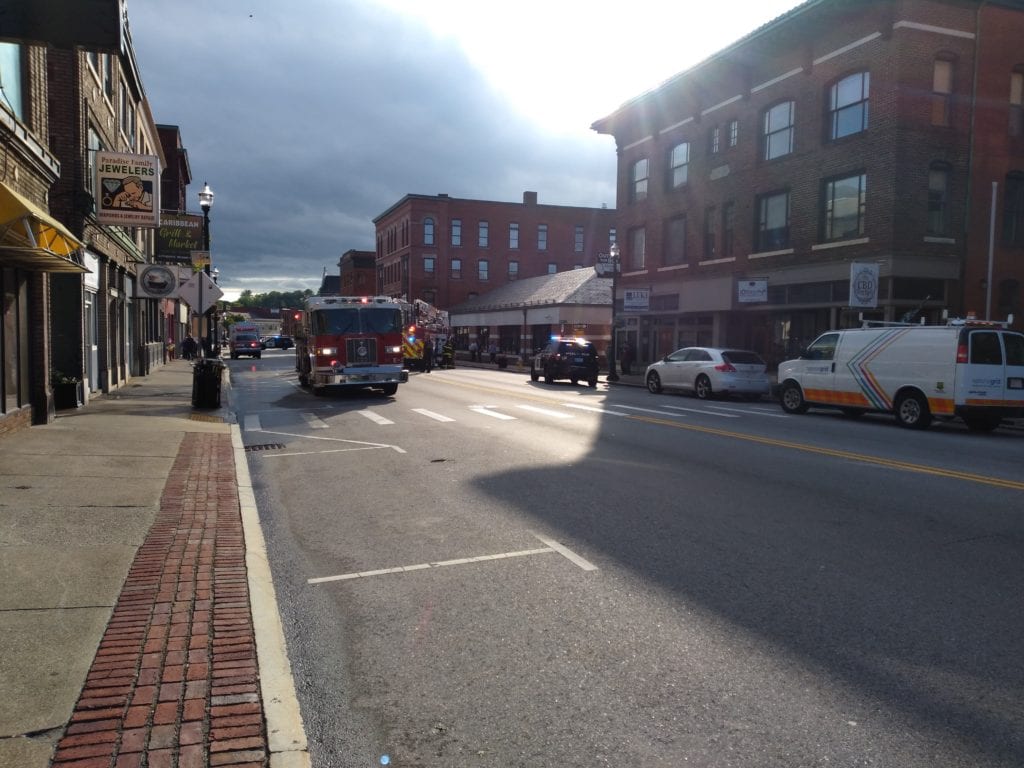 Emergencies don’t take holidays off.  That was proven on this Memorial Day as the Webster Fire Department was hard at work on Monday afternoon fighting flames that broke out at the rear of the new Caribbean Grill at 248 Main Street.   Crews were dispatched to the sight of smoke in the area at around 4:45PM.  The street was closed to traffic for a few hours while first responders were on the scene.  Main Street was back open as of 7PM on Monday evening and traffic has returned to normal.

Fire Chief Brian Hickey tells THE LAKE 940, the fire began when exterior metal siding became energized “from a downspout that was not secured to the building and got wedged into the main electrical service.”

Chief Hickey also tells us that crews were at the building on Friday for a small fire in the kitchen of the restaurant..  “The building owner was instructed to have a licensed electrician repair it and that did not happen.”

The fire was contained to the outside boiler room of the building and there were no injuries reported.  Power to the building was turned off and 5 residents of the apartments were displaced.

More photos from THE LAKE 940’s Doc Siddall at the scene are below. 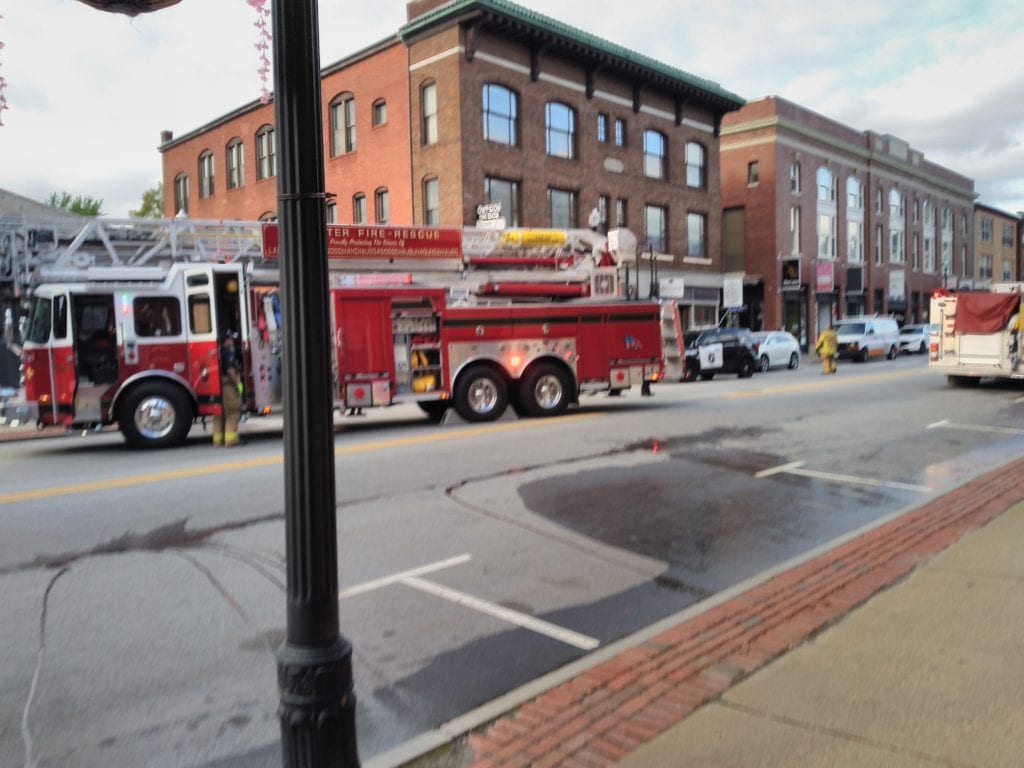 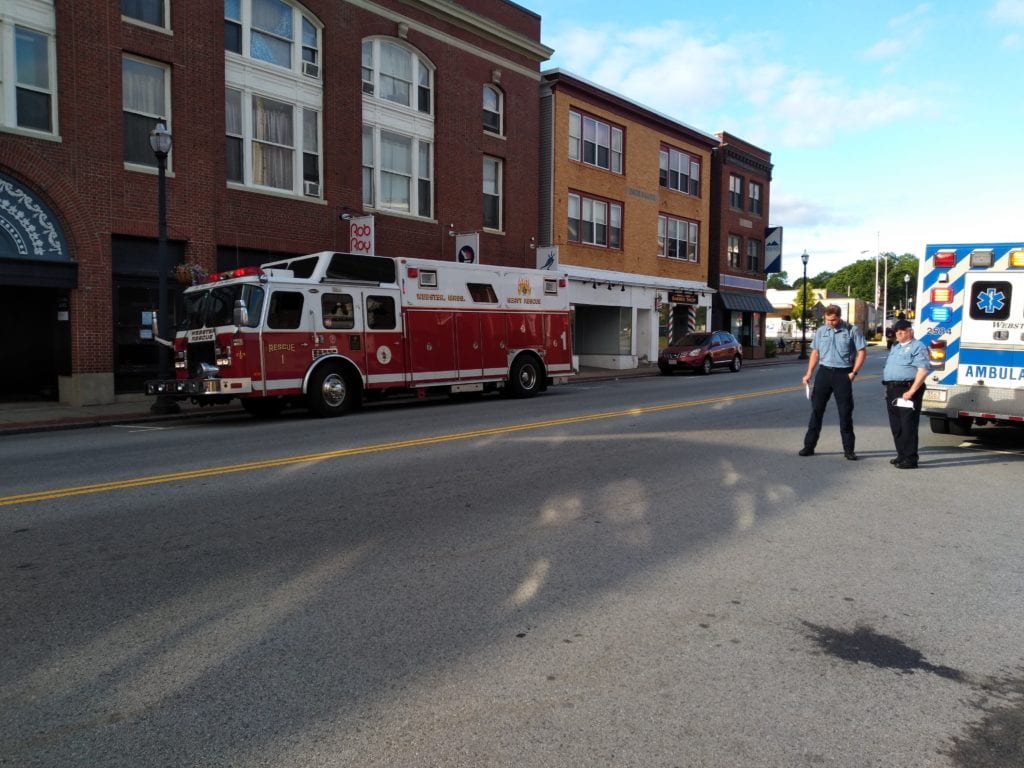