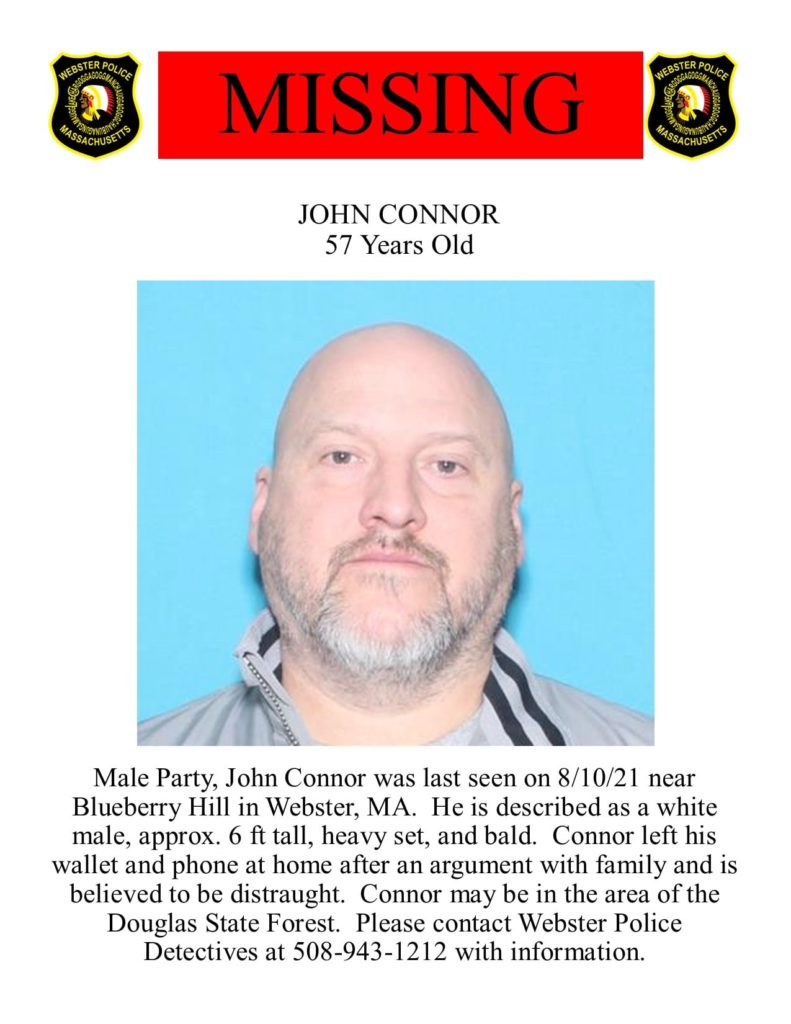 UPDATE – AUGUST 18TH 5PM – John Connor has been found.  Webster Police say no further information is available at this time.

Webster Police Detectives are currently working on a missing person investigation.  Police say 57-year-old John Connor was last seen on August 10th, 2021 in the area of Blueberry Hill in Webster.  It was reported that he left his wallet and phone at home after an argument with his family.  He is described as approximately 6 feet tall, heavyset and bald.

Police believe Connor may be distraught, and somewhere in the area of the Douglas State Forest. Anyone with information is asked to contact Webster Police Detectives at 508-943-1212.