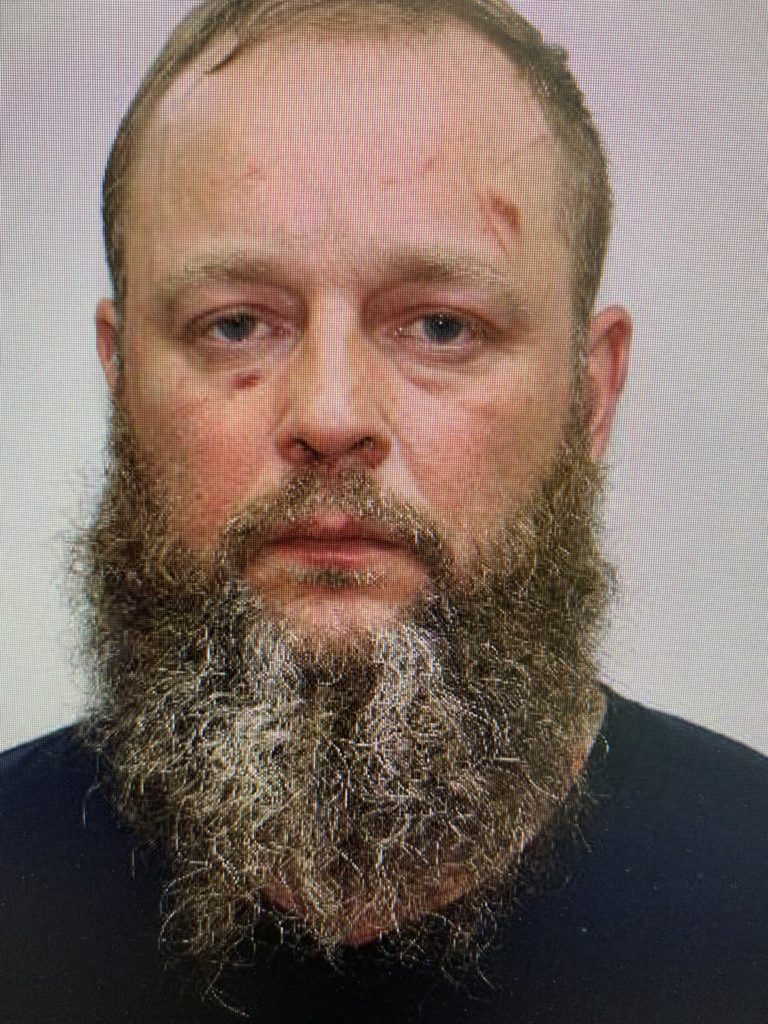 An angry father from Leicester is facing several charges after breaking into a Dudley home where his daughter was staying with another man.

Officers responded to the home on Dudley-Southbridge Road just before 11 PM on Tuesday night where a 39-year-old man was suffering from knife wounds to his face, neck chest, and arm.  He was taken to UMass Medical Center in Worcester and is in stable condition.

According to a press release from Dudley Police Chief Steve Wojnar, “Initial investigation revealed both residents were in bed asleep” when the suspect (and father of the female)  entered the home, without permission and is alleged to have stabbed the male several times.  The female was able to stop the assault.

Earlier this morning, Sprague was seen riding a bicycle on Mill Road in Dudley and was later tracked down to a supermarket in Southbridge where he was taken into custody.  He was scheduled to be arraigned in Dudley District Court today.