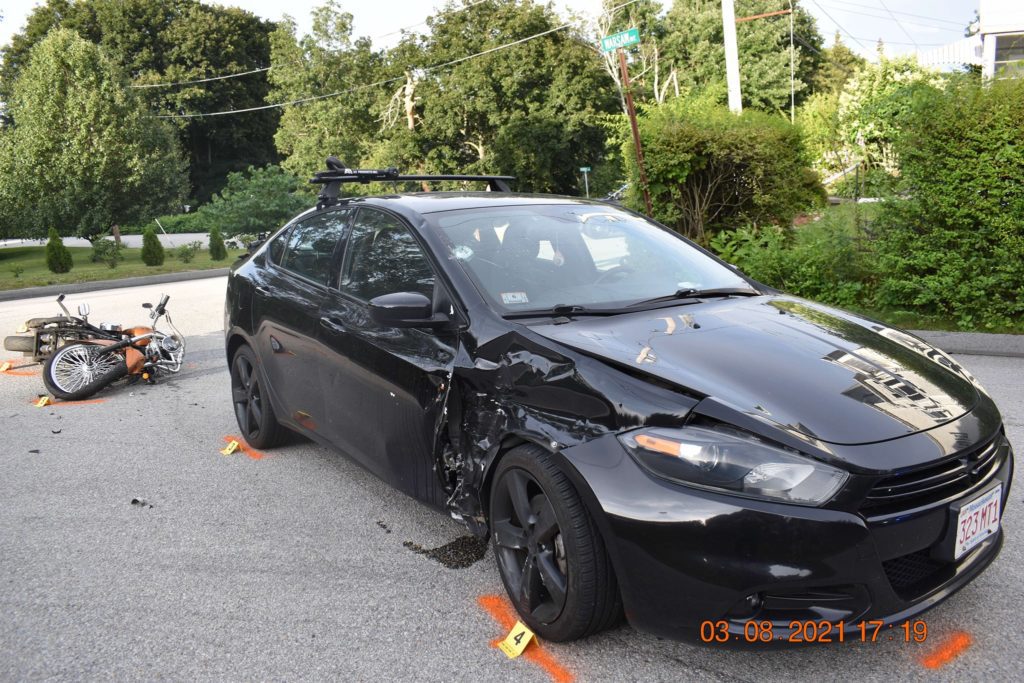 First responders from the Dudley Police and EMS department responded to a serious car vs. motorcycle crash at 5:30 PM on Tuesday afternoon, August 3.  The accident took place at the intersection of Warsaw Avenue and George Street.

The names of the men involved have not been made public.  When police arrived they found the operator of the motorcycle lying in the road, conscious and alert, suffering from serious injuries.  He was transported to UMass Memorial Hospital in Worcester and remains in stable condition.
Police believe the motorcycle was travelling east on George Street and the second vehicle, a black Dodge Dart, was heading in the other direction.
The car was in the process of turning left onto Warsaw Avenue at the time of the crash.  The driver of the car was not injured.
Members of the accident reconstruction team and Dudley Police are still investigating, and no charges have been made.
Posted in LOCAL NEWS and tagged Accident reconstruction, Car vs Motorcycle crash, Dudley Fire Department, Dudley MA, Dudley Police, George Street Dudley MA, Warsaw Avenue Dudley MA
← Webster’s Memorial Beach Closed This WeekendWebster Shooting Leaves Woman Injured →