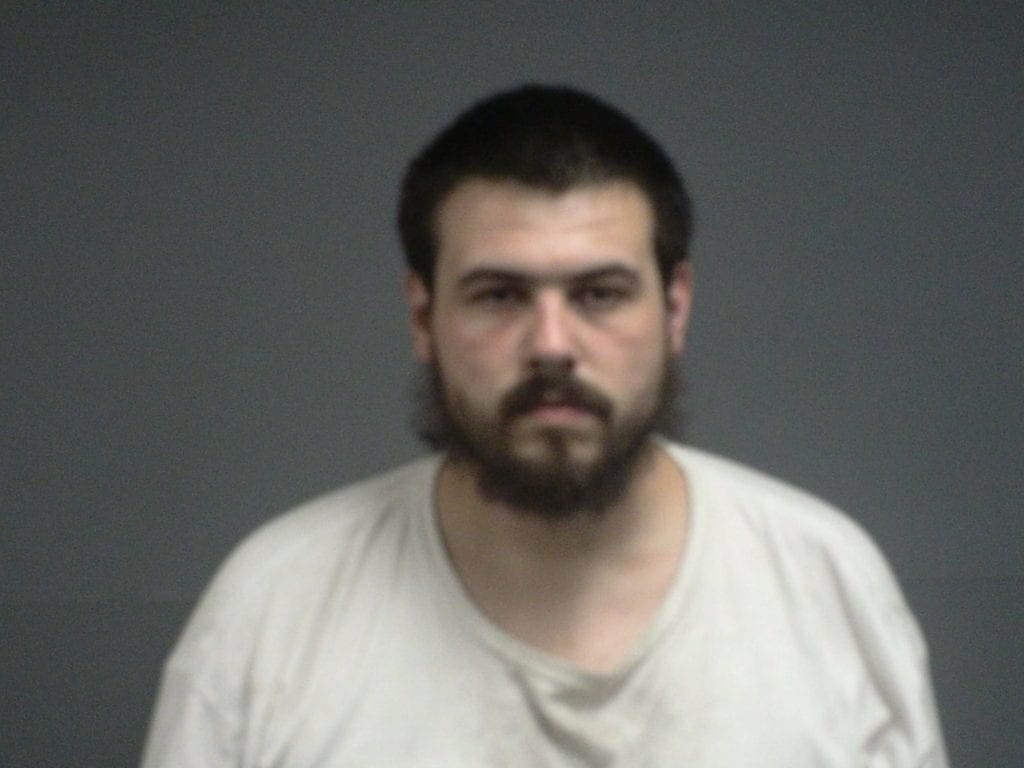 On Monday, June 14th, Southbridge Police were called to the Gulf Gas Station at 491 East Main Street to investigate a robbery.

The cashier alerted police that a white male wearing a black and white camouflage sweatshirt had taken cash from the register and several packages of cigarettes.

After a short search for the suspect, officers spotted the getaway car being operated by a female travelling at a high rate of speed on Mechanic Street.

In a press release, Chief Shane Woodson said, “Officers conducted a motor vehicle stop and as they approached the vehicle they observed a male subject seated in the front seat removing a black & white camouflage sweatshirt and attempt to conceal it.”  Officers also noticed an infant, approximately 2 weeks old in the back seat.

The suspect was identified as 24-year-old Alec Ramsey of Spencer.  He was arrested and charged with breaking and entering, larceny and reckless endangerment of a child.

Police recovered the stolen items and Ramsey was transported to Dudley District Court to be arraigned.