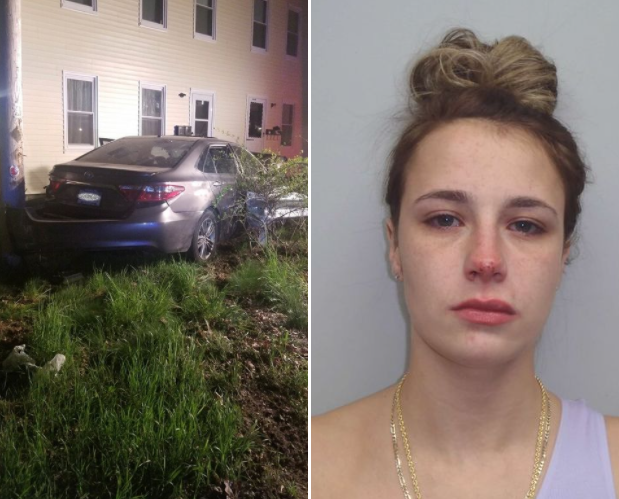 On Thursday, May 13th at 11:35 pm, Dudley Police, Fire, and EMS were called to a single-car crash on Chase Avenue.  Police say the Toyota Camry was traveling southbound when the driver failed to negotiate a sharp curve in the road and struck a guard rail and utility pole, before coming to rest on the lawn of 43 Chase Avenue.

Police say the driver, 24-year-old Sage Guzman of Sturbridge was believed to be under the influence of alcohol.  She was taken into custody and charged with Operating Under the Influence, Negligent Operation of a Vehicle, and a Marked Lanes violation.  Guzman was released on personal recognizance and will appear in Dudley District Court.  She and the 2 other females in the car refused medical treatment.

THE LAKE 940 has previously reported on Sage Guzman being arrested in May of 2018 on various drug offenses.