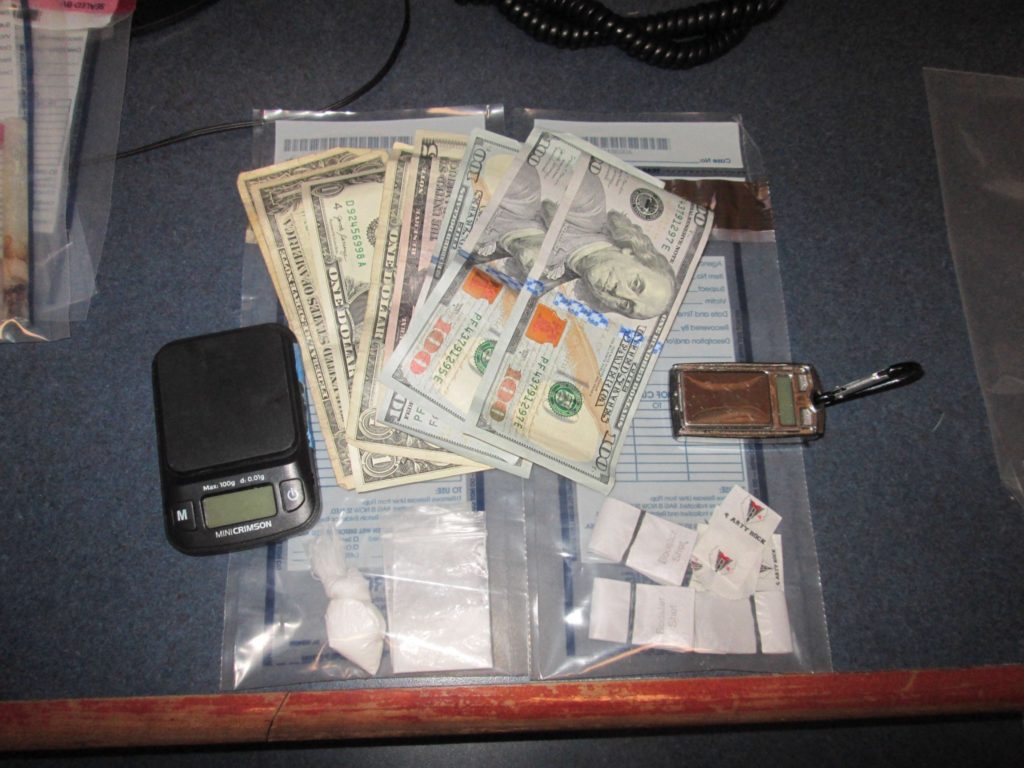 In a post on Facebook, the Webster Police Department says they were involved in combating some illegal activity in town this week.

On Wednesday afternoon and Thursday morning, officers came upon a car with license plates that didn’t match the vehicle they were on.  The car was pulled over, the driver had no identification.  The passenger was 43-year-old Bradley Wampfler of Worcester.

Police say that Wampfler was in possession of both crack and powdered cocaine, heroin, and a over $24,000 in cash, which was seized upon his arrest.
The operator was also placed under arrest, and both were transported back to the Webster Police Department for processing. Once at the police station, 40-year-old Christopher Noel of Worcester was positively identified.  In addition to his two outstanding warrants, he was also charged with operating a motor vehicle and refusing to identify himself, unregistered and uninsured motor vehicle, attaching plates to a motor vehicle.

In the same Facebook post, Webster Police also announced the arrest of 29-year-old Robert Lord from Connecticut and 34-year-old Thomas Coulstring from Worcester.  Police say Lord was involved in a drug transaction on North Main Street near Gilbert’s Market, Coulstring was a passenger in the vehicle.   Crack cocaine and heroin were seized upon arrest.
Both were charged with various drug and motor vehicle violations and arraigned at the Dudley District Court on January 20.
Photos and mugshots can be seen below.
Posted in LOCAL NEWS and tagged 3 May Street Worcester MA, Bradley Wampfler, Bradley Wampfler Arrest, Christopher Noel arrest, Christopher Noel Worcester MA, Webster MA, Webster Police
← No Injuries In Charlton House FireFootprints In Snow Lead Webster Police To Arrest Burglar →